Wise Women Circles is a women owed and operated production company. We are committed to creating films and supporting projects that promote awareness, expand understanding, and inspire individual or social change. Our work is a celebration of the creativity and potential of the human spirit.

Kathy Douglas is Co-Founder of Wise Women Circles. Kathy’s interest in film making goes back 20 years, when she directed her first documentary for a private company. The Song Within Sedona was her first publicly released feature length documentary, which was followed by the feature length documentary NURSES If Florence Could See Us Now. Kathy is honored that both of these films are distributed by First Run Features, one of the nations largest independent film distributors, out of New York City.

In addition to being a filmmaker Kathy has been an executive in healthcare software company’s for over 3 decades. Her entrepreneurial spirit has driven her involvement in multiple successful start-up companies both for profit and not-for-profit. She is a registered nurse (RN), holds a Masters Degree in Health Administration from UCSF and is a graduate of Stanford University Business School, Executive Program.  Her clinical background was Intensive Care Nursing (ICU) during which time she taught nursing as a volunteer in India. She credits her film making abilities to knowing the Nursing Process…. Observe, Assess, Plan, Act, Evaluate, then do it all over again. Kathy is a life long student of wisdom traditions. 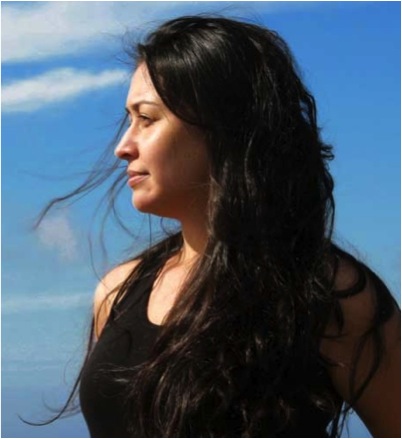 Sara Moncada is co-founder of Wise Women Circles and manages operations, production, marketing and distribution. Sara is a Native educator, dancer, filmmaker, author and cultural arts advocate. In addition to her work with WWC, she is VP of Programs at The Cultural Conservancy an indigenous rights organization devoted to restoring and revitalizing indigenous lands and cultures and is director/artist/educator with Sewam American Indian Dance. She was previously the Managing Director for the not-for-profit Institute for Staffing Excellence and Innovations and On Nursing Excellence, organizations dedicated to inspiring and strengthening the effectiveness, recognition and well-being of caregivers worldwide. Prior to her focus in the non-profit sector, Sara was on the early team of multiple start-up technology companies with a spectrum of responsibilities that supported rapid growth, positive Board and client relationships, and launching successful products and media programs into the market. Sara speaks and presents across the country and internationally on Native American arts and culture and is the producer of The Cultural Conservancy’s new podcast series The Native Seed Pod and co-author of the book The Dance of Caring.